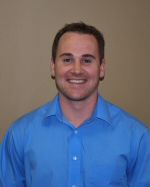 Casey McGee, a Tennessee native, was born and raised in McMinnville where he began his secondary education at a small local junior college in 1997. He moved to Lebanon in 1999 and obtained his Bachelor’s degree in Sports Medicine from Cumberland University in 2001. Casey then continued his graduate education at Belmont University in Nashville receiving a Doctorate of Physical Therapy degree in 2004.

Upon graduation, Casey began work at a local outpatient facility where he treated various orthopedic and post-surgical patients from Wilson and surrounding counties. Casey later advanced to become clinic director of the facility after having developed knowledge and skill in the area of orthopedics while working closely with manually trained orthopedic physical therapists as well as skilled surgeons. In July of 2009, Casey joined Urban Physical Therapy where he and his colleagues strive to deliver an unsurpassed, patient oriented physical therapy experience and exceptional rehabilitative care.

Casey enjoys all aspects of orthopedic rehabilitation as well as special interest in manual therapy and sports rehab. He holds certification from the National Athletic Trainers Association as a Certified Athletic Trainer since 2003 and from the National Strength and Conditioning Association as a Certified Strength and Conditioning Specialist since 2004. Casey is also a member of the American Physical Therapy Association.

Casey is active in the community providing coverage for the local high school sports screening program and as a guest lecturer for the athletic training program and pre-professional society at, his alma mater, Cumberland University. He plans to continue to educate the community on rehabilitation and health related topics throughout his career as a physical therapist.

McGee and his wife Kim enjoy working and living in Wilson County as they raise their two sons. Casey says that he can think of no better place to continue his career. He believes that the close knit values of the community are similar to those that he grew up with, plus the added convenience of having a major metropolitan area such as Nashville right down the road. Casey enjoys spending free time with his family, as well as, sporting events of all types, recreational exercise and mountain biking.

In the event that you need physical therapy, Casey hopes that you will strongly consider Urban Physical Therapy for your rehabilitation services where he will always be happy to offer a helping hand.